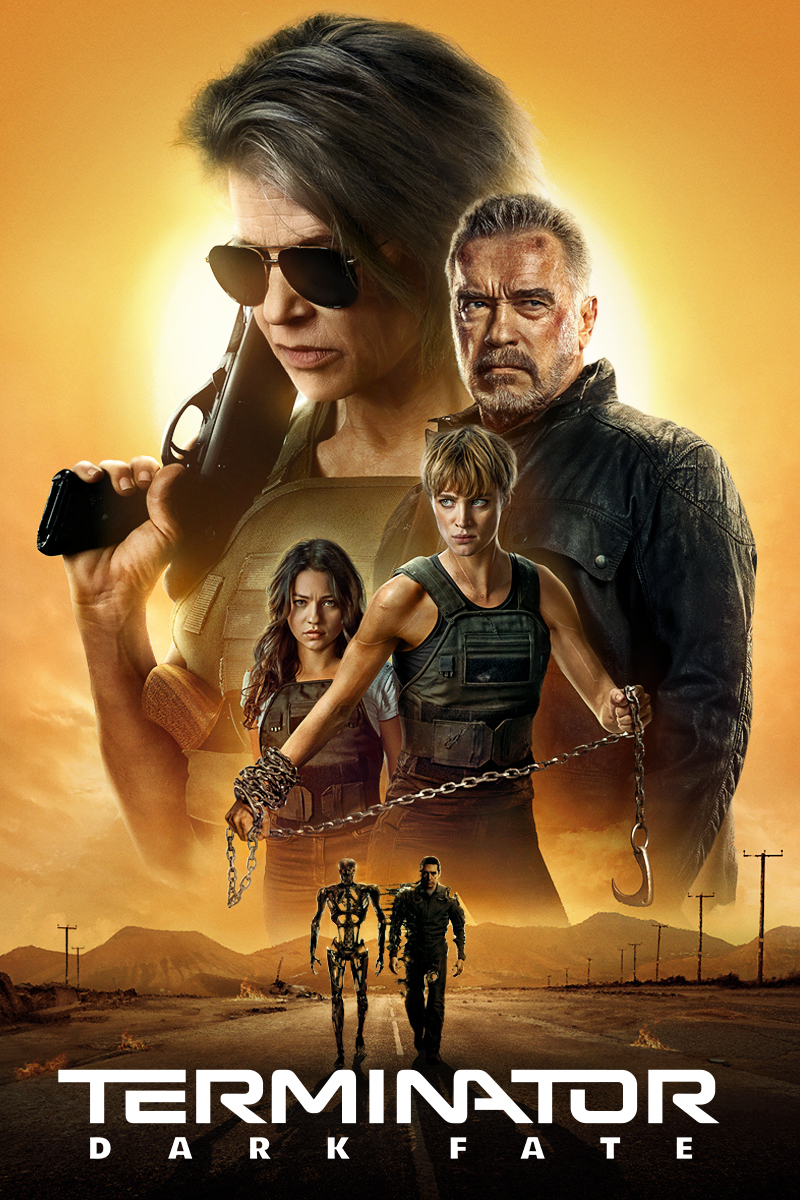 They say there’s only two really good terminator movies. the original Terminator from 1984 and T2: Judgement Day. After that, a bunch of non Cameron involved films like T3: Rise of the Machines (which I did like), Salvation and the infamous Genisys. (which was infamous for being truly terrible, but that’s for another time.) All while the franchised changed hands several of times from TriStar Pictures to Warner Bros. and finally to Paramount Pictures.

After the Genisys sequel was terminated, Paramount and Skydance started work on a new Terminator film, one which would serve as the true successor to T2. They made a couple of wise decisions. First, they would get the director of Deadpool, Tim Miller to helm the directors chair. Secondly, they would get James Cameron onboard to produce and thirdly, they would launch a promotional campaign that was equivalent to what T2 had in its heyday. Paramount was serious about making sure that this Terminator film wouldn’t fail but of course, problems came up.

For one, there were several disagreements that came up such as whether there would be a scene where the humans would win or the humans would lose, a petty battle but a battle nonetheless that would come to dominate the film. The battle between which elements made sense and which elements didn’t affected the final product with several choices being considered “controversial” by the fans of the series but not the filmmakers. Those choices involved having three main female characters (including the return of Sarah Connor) which would cause fans of the franchise to deride the film as “feminist propaganda” and killing off John Connor which also affected diehard fans of the franchise who believe that “without John, there is no Terminator movie”. That in addition to not formulating the film according to international standards caused the film to face unexpected losses and end up being a box-office flop.

Which is a shame since the film is quite good despite all the production problems. The film could best be described as a mixture between the first Terminator and the second Terminator with modern twists mixed in. The formula remains the same, person gets sent back to the past to protect an asset that proves to be valuable in the future war against the machines, all while a Terminator has been sent back to kill the asset but Dark Fate makes it feel like an evolution rather than a retread with a brand new AI enemy that’s named after a bible reference, a Terminator that feels as unstoppable as the Terminators before it and the introduction of an augment which combines both hope and futility into one package. In addition, we also get the reintroduction of Sarah Connor (Linda Hamilton) which serves as a consequence of the prior films actions and provides a character hardened by war, yet still has a soul inside her.

Despite what the naysayers say, the controversial choices work in ways that you wouldn’t imagine; changing film dynamics, character dynamics and the overall stakes of the film. Those controversial choices result in the film having multiple subplots running in tangent with the main plot. Dani’s evolution from ordinary person to leader of the resistance, Sarah Connor’s journey from dealing with the loss of her son to seeing the small light that humanity has to offer and Grace’s everchanging mission from protection to ensuring that humanity’s only hope survives. These subplots help flesh out the main plot and make the film more than just another Terminator movie. While fans may want John Connor alive and while fans may want it to be male oriented, providing another perspective helps with story and without story, this would of been just another action flick.

Tim Miller’s direction gives it a sense of scale that’ll excite both action fans and some Terminator fans, reflecting the modern times in both presentation and action setpieces. The notion of scale is in full effect here as the variety of settings the movie uses is massive ranging from a car factory to a border patrol facility to a plane to the movies ending set piece, a dam. The films need to scale to appeal to modern audiences poses a problem as it shows a flaw in the film that the film needs to excite and entertain in order to progress the plot, not really realizing that past Terminator films relied on fear and tension rather than straight up action. While making the Terminator in the film basically unstoppable, it doesn’t do much to put fear and tension into the hearts of moviegoers everywhere and as a result, makes the film feel a bit flat.

Tim does salvage the film however with the direction for the dialog scenes and the reflection of today’s social commentary. The scenes are filmed so that the character’s emotions are front and center from their intentions to their flaws all the way to their desires. Developing the characters gives the film a much needed soul and that soul is what carries it from A to B. That soul also allows it to explore a world where everybody leaves a trace, everybody is at war with a theoretical enemy and everybody has something to hide. Though brief, the film deals with immigration and history in ways that seems interesting; showing that everybody should be free and everybody should have a bit of privacy through the small amount of scenes that are there. Unfortunately both the dialog scenes and the social commentary is outweighed by the action which while reminiscent of Terminator’s glory days, doesn’t seem authentic.

The film ultimately feels like another “here we go again” type of situation as while there is a lot of fresh air, there is also a lot of stale air. While I did mention the subplots before, it feels like you have to hunt for it within the tidbits of action that just distract from everything. In addition, not much of the film is fleshed out and ultimately feels like a studio product rather than a legitimate piece of film or even a masterpiece. It’s a shame that there had to be a lot of infighting because if there was a lot more cooperation then the film would be better than it came out to be. However, much of the film’s failure has to be on the divisive critics and Terminator fanbase rather than any production problems the film might of had.

Is the film still quite good? Yes. It’s a good ride through familiar and unfamiliar romps of Terminator’s past and future and ultimately, a good action flick. Will it be as good as T2 or T1, unfortunately no because it just feels like it’s trying too hard to be a Terminator flick. However, if you’re looking for something that serves as a true successor to T2 than this won’t disappoint you. It may be yet another Terminator movie but at least it tried to be more than it’s sums and in the end, that’s all a Terminator movie needs to be in today’s times. Take it for a spin, you won’t be disappointed.