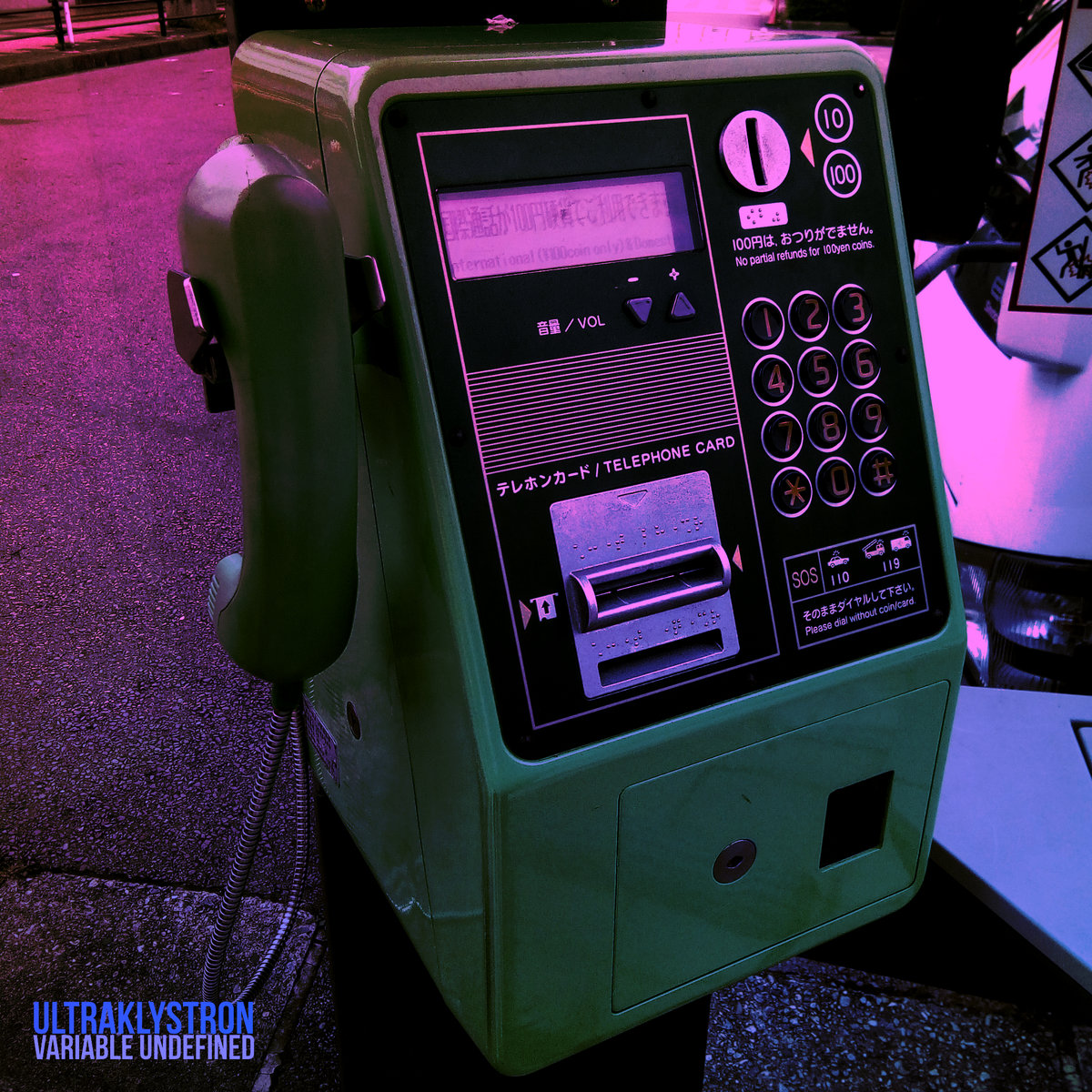 Panic attackin not breathin’, innocence lost got me grievin’/Warmth ends up very decievin’, everything seems so indecent

Ultraklystron – Shadows of My Heart

Nerdcore is a subgenre of hip-hop that is home to an infinite amount of possibilities from the production style to the rhyming structures. There is no limits when it comes to artistic possibilities and as hip-hop evolved, so did nerdcore and near the end of the decade, the sub-genre had become more nuanced and detailed. Also near the end of the decade came an album that would combine nerdcore with the melodies and structures of cloud rap that would be called “Variable Undefined”.

The first thing you’ll notice going in on how well produced, mixed and mastered it is. There is a perfect balance between distortion and clarity that sets the mood without it getting in the way, sounding like mainstream starlets like Drake and 6LACK while reflecting the clear but cloudy mindstate that the artist lives with in real life. It communicates to the listener in a meaningful fashion guiding him or her through the ups and downs of the album, of which there are many. There are some times when the album seems upbeat but a lot of the time there are many soulful production pieces that invite the listener into the artist’s world where a sense of security doesn’t exist and every feeling is that of isolation and doubt. This type of production style shouldn’t work in a nerdcore album but surprisingly it does effectively well.

The unorthodox themes presented contrast well within the context of the album, which is presented through the presentation, production and lyricism which in itself dives into the mind of an otaku gamer who feels confined with his deficits, constantly driving himself to want the things he misses so much but could never get while spontaneously feeling satisfied with who he is. The conflict, internal struggle and emotional despair is reflected in a finite form; utilizing a combination of metaphors and analogies, the artist paints a story that could be construed as either an anime coming-of-age story, an autobiography on his life or a lyrical analogue on how he is coping with his emotions. That story in itself is analyzable on a very deep level reading almost like a master’s piece and that combined with the simple but effective delivery provides a connection between the listener and the music that is being presented here.

Subject matter on the album takes dark turns but never veers into going towards bleak subject matter, with the majority of it rather upbeat and positive. What he is fighting is not a demon or an addiction but rather the downfall of society which in itself is fueled by corruption, lust and greed. The artist directly tells himself that he lives a drug-free life, does good by God’s design and knows how to kick butt in any video game and yet feels like he is one of the few in a sea of people that would rather do reckless things than realize the consequence of their actions. If modern hip-hop could learn anything from this album, it’s that you don’t need to live the life to make music, for what he’s singing about holds as much weight as anything else out there.

The main problem the album faces is the radically unique sound and some missed opportunities to tighten up the album even further. For the sound, I’m going to use this analogy. The sound is pleasant to some and foreign to others; usually it takes time for foreign people to recognize what the sound is all about and in a genre which is picky in it’s direction of sound, it’s going to have a hard time winning over listeners. The missed opportunities are songs that could of sounded better and a small minority of songs that focus a bit too much on the production than the overall package. It’s not significant enough to bring it down to the dustbin but it doesn’t feel cohesive enough to hold up over time, lacking that certain shine that classic albums have. Maybe over time people might feel like it’s a classic, I might be wrong and I might eat those words I’ve written above.

Overall “Variable Undefined” is an amazing sonic experience with a unique take on nerdcore that mixes singing, atmospheric production and digital grit into one package. If there’s anything that manages to stand out in a decisive way, it’s this album. It has the makings of a magnum opus but it doesn’t quite hit the mark but don’t let these words be the final say, you should take a listen for yourself.