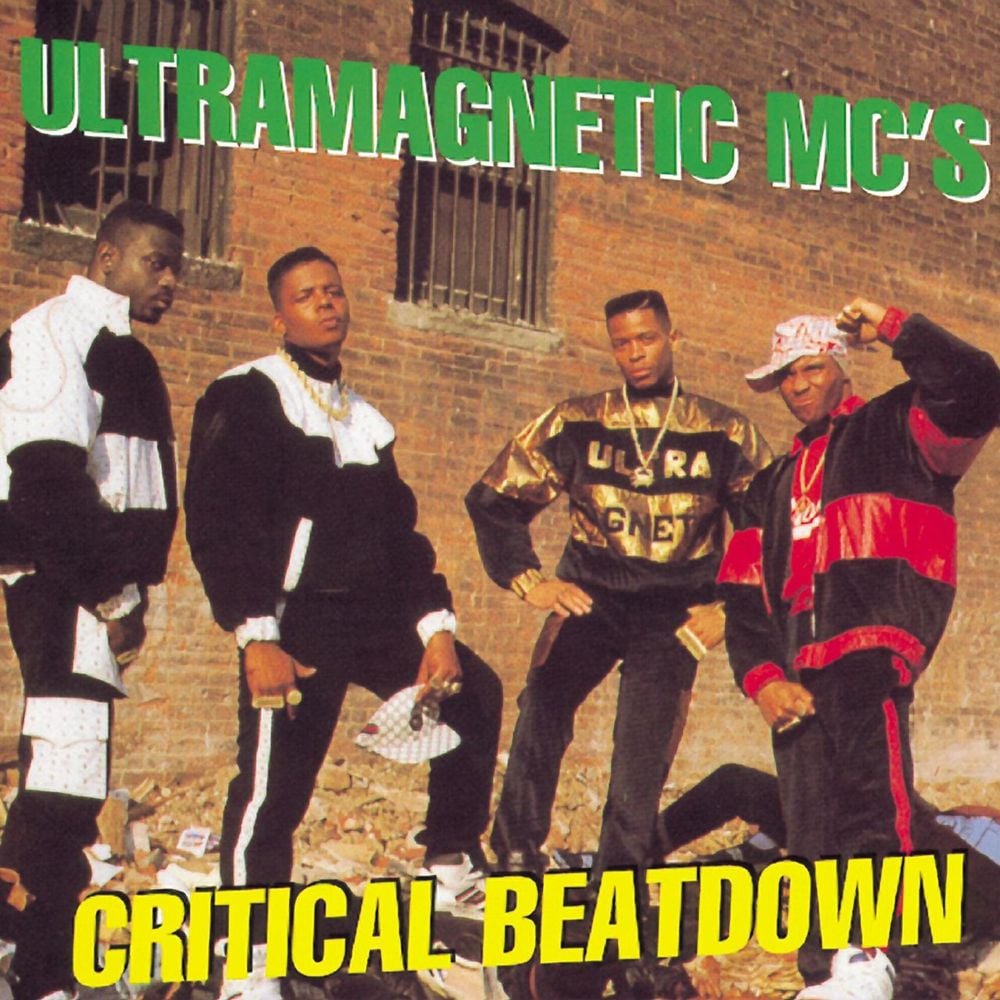 Well, I’m the ultimate—the rhyme imperial, I’m better, but some don’t believe me though/But I’m a pro in hot material, On your Walkman, box or any stereo

Way before nerdcore came into existence in 2000, there were rappers who were mixing hardcore rap and nerd subjects in ways that were experimental; like they were dipping their toes in it. Way back in 1988, there was a group called the Ultramagnetic MC’s that featured an emcee named “Kool Keith” who was known for rapping about weird stuff, mixing in science with nerd references and complicated rhyme structures. Him alongside rapper/producer Ced-Gee and producer Paul C releases their magnum opus/debut album “Critical Beatdown” in 1988 and it changed the hip-hop scene forever… providing the catalyst for future rappers to experiment with nerdy topics until it evolved into the nerdcore it is today.

Compared to any modern rap album, the production is basic involving breakbeats and quick sample usage but get this; the production is high-quality, consistent and addictive at the same time. Utilizing a production style that would inspire the likes of Public Enemy, the songs give off very high energy levels that remain throughout the album, allowing the group (mainly Kool Keith and Ced-Gee) to bust dope rhymes that were amazing in spectacle, even though they would top themselves with the further albums that they’ve made.

Much of the album contains braggadocio raps, examples of technical structure, common hip-hop themes and lots of complexity but to the trained eye, there’s more than what there is. the Ultramagnetic MC’s establish their nerd cred by utilizing scientific metaphors, comparing themselves to nerds, utilizing nerd topics and even sampling the original Star Wars film in one or two tracks. While other rappers were rapping about the hip-hop/gangster life, the group rapped in a way that made them stand out from the crowd; besting even the greats of the era like Big Daddy Kane and LL Cool J.

The star of the album is clearly Kool Keith who even though he hasn’t reached his peak yet, manages to kill every track that he’s on. Utilizing a flow that’s versatile and sharp, he details every bit of what makes himself great in his own way… making the rhymes as weird and abstract as possible but doing so in a way that fits the theme of the album. It’s like he’s constrained by this album but does his best anyway because he just doesn’t care what other people think of his rhymes, which is a good thing. With this album, Kool Keith shows potential and every subsequent album that he’s on shows him stretching the boundaries of what he can do to the point where he becomes one of nerdcore’s inspirational legends. While Ced-Gee does fine on the songs he is on, it’s ultimately Kool Keith who steals the show and takes the spotlight in the process.

Stand out songs include “Ease Back” with a sample that clearly influenced a Public Enemy song you all know and love, “Ego Trippin'” which is simplistic but sinister and deeper than the ocean at the same time, “Ain’t it Good to You” which features clever sample usage and hard drums and of course, the title track “Critical Beatdown” which is memorable and identifiable all in itself; so much so in fact that it got featured in Grand Theft Auto: San Andreas, which to many in 2004, was a gateway to hip-hop music and so much more. If you got featured in a Grand Theft Auto game then you know that your song is a classic.

Watch the movie, your brain will be the star, thoughtless, when I take you far/to the galaxy, and leave your domepiece, in the hemisphere, now you’re lost on Jupiter

Kool Keith (Ultramagnetic MC’s) – Ain’t it Good to You

The albums mixture of far out lyricaism and simple but bangin production makes this album a success and an influence for nerdcore artists for years to come. Kool Keith was always destined to be an outcast and rather then sit down and take his fate, he decides to defy fate and produce some of the best rhymes that 1988 has ever seen, while this may not be the Kool Keith who’ll eventually produce “Dr. Octagon”, this shows signs of who Kool Keith would eventually be. As for the rhymes, well they’re influential in both their technical structure and their content. It laid down the foundation for nerdcore artists like MC Frontalot to build the foundation for nerdcore which in turn made it acceptable to rap about science and nerdy stuff. Without this album, who knows if nerdcore would even exist; heck, who knows if people would even rap about science and nerd stuff in rap songs.

All in all, without “Critical Beatdown”, there wouldn’t be as diverse a rap scene as there is today and we have that to thank for it.