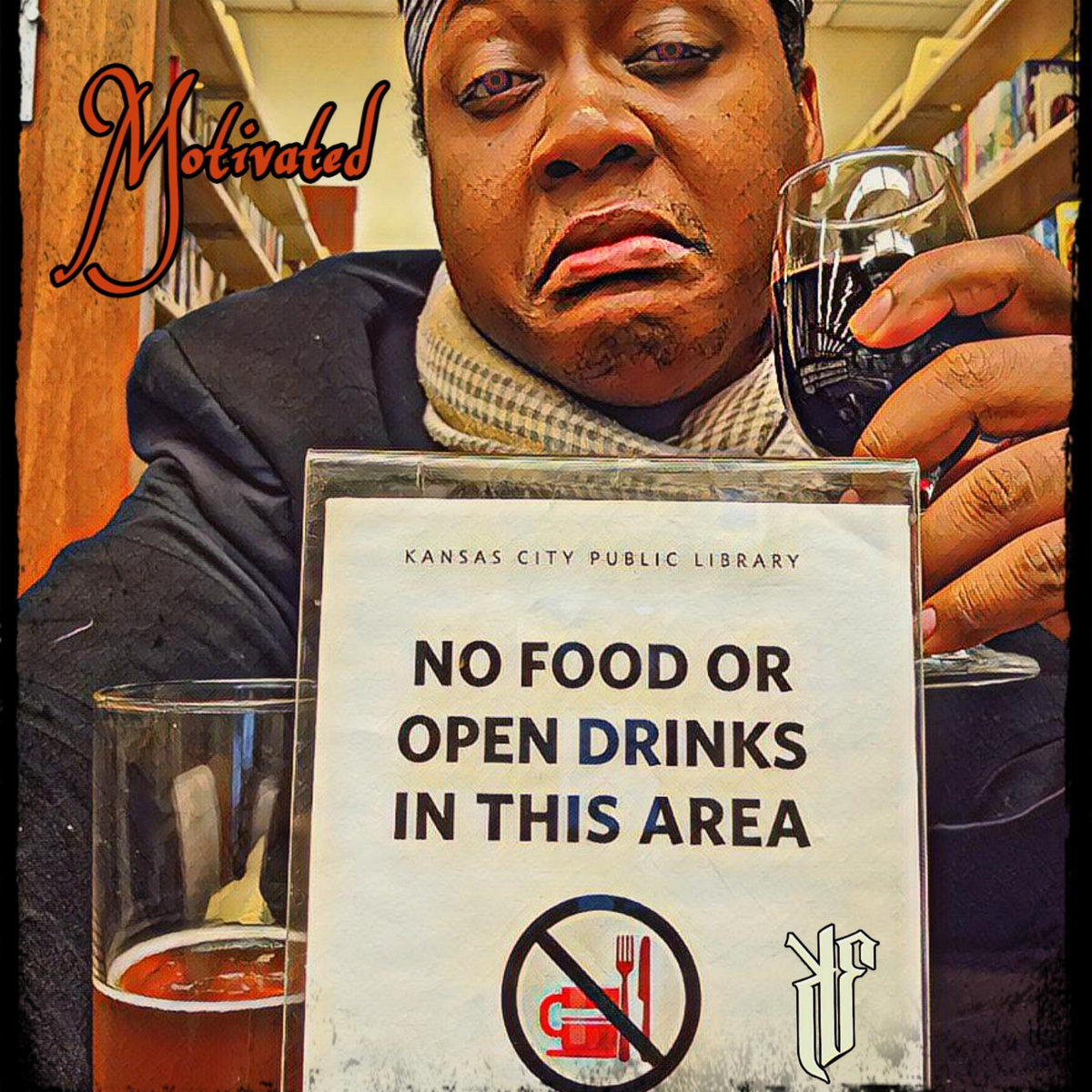 On January 31st, Kadesh Flow dropped his latest EP, Motivated. His latest project plays like a window into his world, giving the listener a glimpse at his drive, perspective, and hopes for the future. There are many artists within the Nerdcore Hip-Hop space today pushing the envelope of the genre. ‘Desh is certainly one of them. This brief, but masterful work is proof positive of that.

Kadesh Flow (Real name Ryan Davis) hails from Kansas City, MO. Along with being a talented emcee, he’s a skilled trombonist, member of the NPC (Nerdy People of Color) collective. He has worked with fellow Nerdcore rapper Mega Ran, as well as Rakim, Janelle Monae, and Tech N9ne. Active in the Nerdcore scene since 2012, He has several albums and EPs to his name, including the three-volume NerdKrunk series, as well as Gateways and the Room Service EP.

A man of many talents, Kadesh Flow holds an MBA from the University of Alabama. He’s also an accomplished producer, with Funimation and Toonami among his various credits. His ferocious work ethic is evident in everything he puts his hands on, and his latest EP is very symbolic of his drive to succeed.

A collection of introspective bangers

While discussing a myriad of topics with Mega Ran over lunch during Royal Rumble weekend in Houston, I mentioned to him I would be reviewing this album. His face lit up, saying, “yeah, he’s definitely the next up to blow up.” Ran knows better than most how difficult it is to make it as a full-time independent rapper. For him to give that kind of praise to anyone, I know it’s well-deserved. Just one trip through Motivated, and I could see it for myself.

‘Desh can convey a message in six songs that many artists struggle to get across over an entire album. When I asked him about the EP, he told me, “this is a collection of introspective bangers. I’m talking about my process, but I’m motivated and hype about it. I hope it motivates listeners the way that writing them motivated me.” His feelings are immediately evident as soon as the opening track Accolades hits your ears.

The track immediately sets the tone for the entire EP. He’s ready to get to the top of the mountain, no matter what it takes. There’s no room in his world for two-faced people. The subdued beat, chorus, and mellow horns contrast with passionate, rapid-fire bars that punch you in the mouth. Accolades is easily the best track on the EP. The song is the complete hip-hop package. My only complaint is that it wasn’t longer.

Motivated is next level Nerdcore

After the opening salvo of Accolades, this EP doesn’t slow down. ‘Desh keeps the energy high from start to finish. You can feel his desire on Succeed, and the hardships he endures on Close.  He’s never one to shy away from his nerd roots, giving us glimpses of his journey in It’s Working Out. He effortlessly laces in several references throughout the EP to keep the Nerdcore faithful satisfied.

This is much more than a Nerdcore EP. Kadesh Flow is a prime example of the “be who you are” mentality. He blazes his own trail while unapologetically being himself. ‘Desh is next level Nerdcore. He doesn’t need the methods or tropes of his predecessors. He transcends labels and delivers a sound that is whatever it wants to be— a sound that is uniquely Kadesh Flow.

On the technical side, the music compositions are airtight. Flourishes of his signature trombone and piano elements are a wonderful compliment to the high-energy beats that should get anyone’s blood pumping. ‘Desh is an amazing, flexible lyricist. He can hit you with hot and fast with solid bars, then seamlessly switch into a singing chorus. He seems to fully embrace his talents and limitations in his voice to produce a sound that fits each track.

There are a couple of things that keep me from giving Motivated a perfect score. The first is the guest features on Succeed and Now. They’re not bad per se; they just feel incompatible. ‘Desh’s flow and theirs are a mismatch to me. Maybe it’s intentional, or a matter of my personal preferences. For me, the sudden shift in flow throws the vibe of each track off a little. Otherwise, there’s just some minor phrasing or delivery hiccups that are too small or specific to mention in any detail.

Should you listen to Motivated?

In a word, yes. In fact, you should probably buy all the Kadesh Flow things. He is not an artist to be missed.

Motivated is a tour de force. In six quick songs, ‘Desh manages to let the listener into his world, as well as inspire and entertain in a way that only he can. His talent and skill are undeniable. Mega Ran thinks he’s the next up to blow up, and I think he should be as well. Artists like Kadesh Flow are going to take Nerdcore, and Hip-Hop to the next level, and it’s time to get this guy paid so he can keep doing what he loves. He deserves all the success he can get.