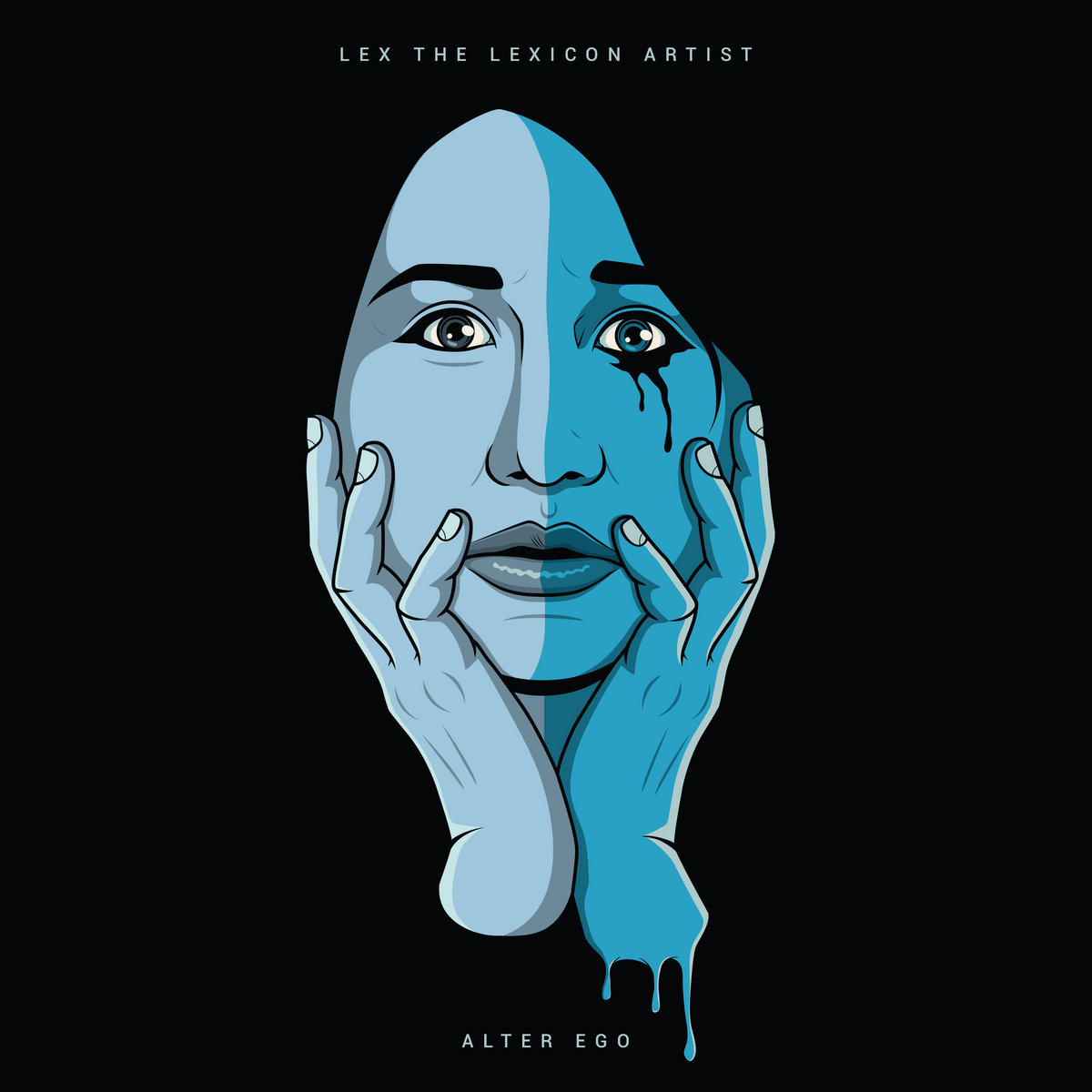 LEX the Lexicon Artist is a relatively known rapper in the nerdcore scene despite her only releasing a small amount of projects. She is one of the notorious ones on the scene, collaborating with a number of artists as well as having a consistent style that throws it back to nerdcore’s old school days. Yes, she’s a woman but that doesn’t mean you should treat her differently from any other nerdcore rapper out there.

“Alter Ego” is the second (yes, second) album in her discography after a long wait consisting of various singles, EPs and collaborations. The album consists of a mix of old-school nerdcore, pop songs and general geek goodness, it also comes front-loaded with guest verses from nerdcore legends “Schaffer the Darklord” and “Shubzilla”. It’s not a traditional hip-hop record per say but it is a nerdcore album regardless.

On the first few songs, LEX proves herself to be proficient over almost any beat provided by a wide variety of producers with extensive resumes. While LEX may remind you of MC Frontalot a little bit, her rhymes detail with hard subjects such as acceptance, the difficulties of living in a male dominated world and the difficulties of being taken seriously online and trying to make a living there.

In the verses, she livens up the mostly monotone style by incorporating bits of emotional rawness here and there; take a deep listen to the verses and you’ll realize that she’s pouring her soul here hoping people at least recognize what she’s going through and hoping they ultimately relate to it. The somber production invites you to listen to the tracks and they range from grand anthems to dark passages, each producer manages to bring his or her unique style and customize it to LEX’s needs.

Some of the best tracks happen when the production style veers away from the norm, trying stuff that while unnormal in nerdcore, is now normal for the rest of the world; LEX shines on tracks like “The Redesign”, “The Real Thing” and ” Loss of Ego” which with it’s organic undertones allows her to express herself in ways you could never imagine. Those tracks showcase a spark that is unfortunately lost on the rest of the album’s tracks.

Compared to NyteXing’s “No Masters 3” mixtape, it doesn’t take much risks when it comes down to the wire instead choosing to play it safe. The traditional nerdcore tracks are well produced, well delivered and enjoyable but it pales in comparisons when compared to a Dual Core or an Mega Ran album. That’s not to say it’s bad but it could of been more. In addition, the tracks where she sings suffer the same problem. Her voice is well-tuned, has presence, emotion and smoothness but the topics she chooses and the beats she uses could of used a bit more fine tuning. While they sound like they could play on the radio, there’s more to a song then just having it be able to play on the radio.

I feel like LEX has more of a story to tell and a lot more emotions to let go of than she lets on. While I feel like it may have made a better album, it might lose some of the audience of which this album is designed towards and ultimately, your enjoyment of the album will rely on whether you like the sound provided or whether you want more out of albums. Do not get me wrong, this is well produced, well crafted, well designed and even has something going for it. The argument here is who it’s ultimately going to appeal to. Each person is a fan of something; some want more in their music, some don’t; some want a specific taste, some want a complex taste. The enjoyment value of the album will come from your own personal tastes, while some people will think the album is good, others will think the album is passable and that’s mainly a consequence of the album design itself, which is unfortunate buy understandable.

Ultimately, this is a good album with a lot of good tracks, good design, good production, good singing but the only thing it’s missing is risk, something that takes the listener somewhere, something that will ultimately help connect the listener to the artist. Without that, we’re presented with a good album that doesn’t hold up much on repeats but let it be known, take a listen to it, you’ll appreciate what LEX did with the entire thing. Don’t go in expecting groundbreaking stuff, take it for what it is, which is quality nerdcore.