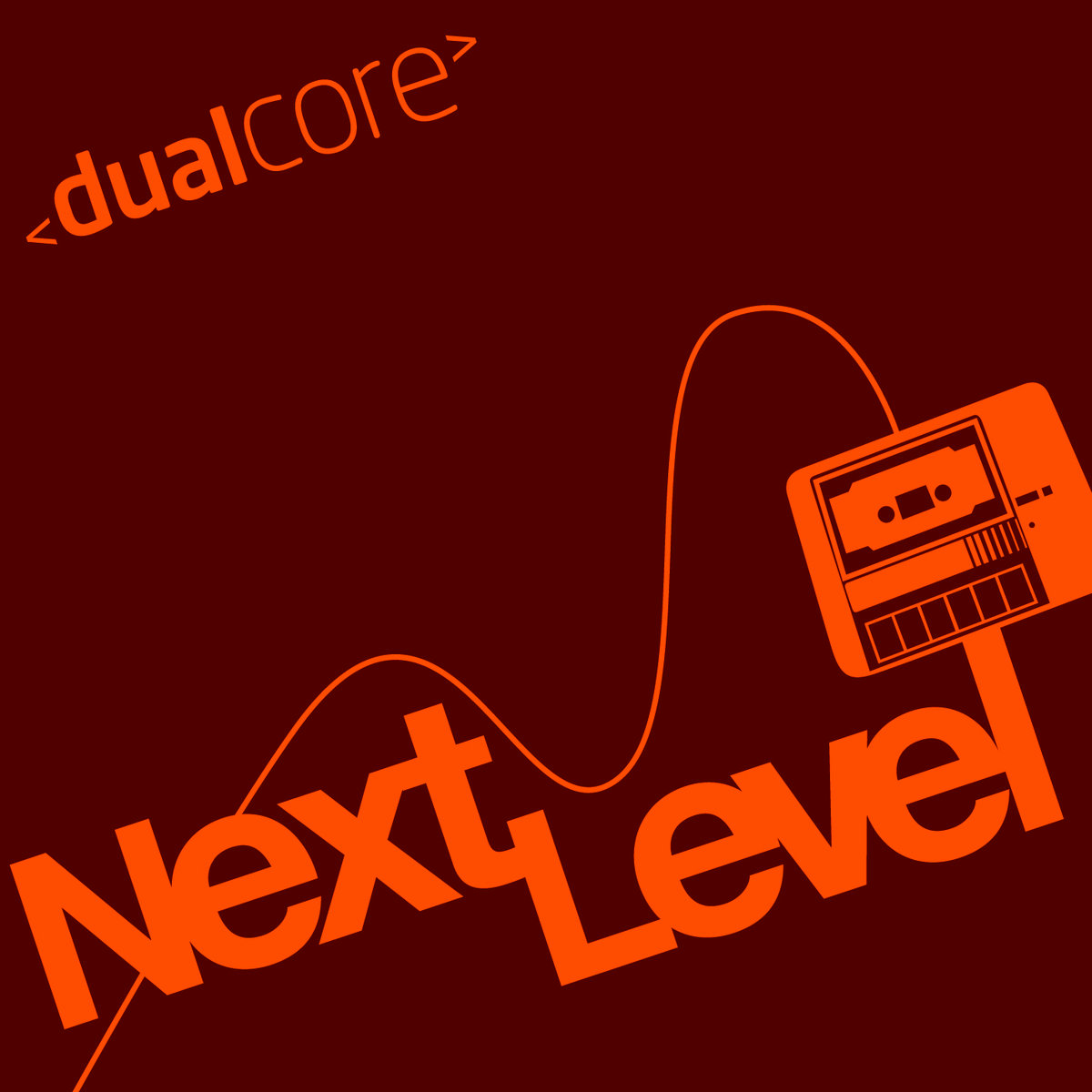 3 years before Dual Core had the number one album on Bandcamp, they released “Next Level”, an album that in chronological order, represented the next step towards their potential but not the final step towards their magnum opus. “Next Level” knew more about itself then say “Lost Reality” or their debut album but it still had ways to go compared to “All the Things”, which is to say that it’s a good album but a good album that still had a hard time letting go of the formula it had built up.

The album feels and sounds like a proto-“All the Things” with sparks of potential and genius sprinkled throughout whether it’s rhymes or innovative beats. I say proto because it lacks the consistency and all out spectacle of “All the Things”, instead feeling more like a moderately-successful bar night where the performers have hidden talents that aren’t explicitly developed yet. The performers have however practiced their routine and in addition, has also started to develop their sound around the Dual Core aesthetic, realizing that there’s a pathway to individuality and independence through identity alone.

c64’s production has more depth, detail and color than his production in “Lost Reality”, the way he picks his drums and his soundscapes is a step towards fleshing out Dual Core as an entity and he got very close to it in this album. The beats paint a picture that then form frames which then form a cohesive motion picture complete with plot and story which int80 consistently uses to present whatever he is presenting whether it’s “Natural 20s'” or the Gears of War themed “The Hollow” or even the cyber heist film “Life’s Work”. (which has brilliant direction by the way) In prior albums, c64 was trying to fit in with int80s world but in this album, the two have become more one with themselves, forming a platonic friendship that allows them to get one more step closer to their destiny.

There are a lot of high-bar moments in this album such as the introduction of Mega Ran on the fantastical posse cut “Magnificient 7” and the soulful and infectious collaboration between int80 and MC Frontalot on “I Remember” a delightful ode to the early days of computing and the internet. There’s also a moment where int80 gets honest with c64 about how much he appreciates and values his friendship with him on “Letter to c64” and there’s even an inspirational song called “Painting Pictures” which plays like a story/thank you note to every Dual Core fan. There’s a lot of high-points with this album but the low point isn’t a single song or a production mistake, it’s the overall handling and experience of the album.

On “All the Things” there are a lot of catchy tracks, innovative production, soulful moments and anthems. Compared to that album, a lot of the album feels formulaic despite the good quality of the songs. “Next Level” as a result feels like an album that you can play 20 or so times before you lose interest. A classic album is made out of songs that have an individual identity but are related to each other and that leads to a personality for the album which leads to identity which leads to classic status. While there are classic Dual Core songs, there’s nothing to tie the entire package together meaning it feels more like a collection of songs with no coherent theme.

It is not a bad album by any means… Dual Core has put out another quality product that has songs for the fans, songs for the casual listener and production you won’t find anything else but doesn’t have that something special that keeps listeners coming back for more. “Next Level” isn’t for everybody, for casual listeners, you’ll get mileage out of but the real value in this album will be found be the fans who listen to Dual Core, who like the work they’re putting out and the grind they’re putting on for the nerdcore scene. If you’re a fan then this is a must collect, if you’re a casual listener then it’s up to you if you want to get this. If you do get this than you won’t be disappointed one bit.