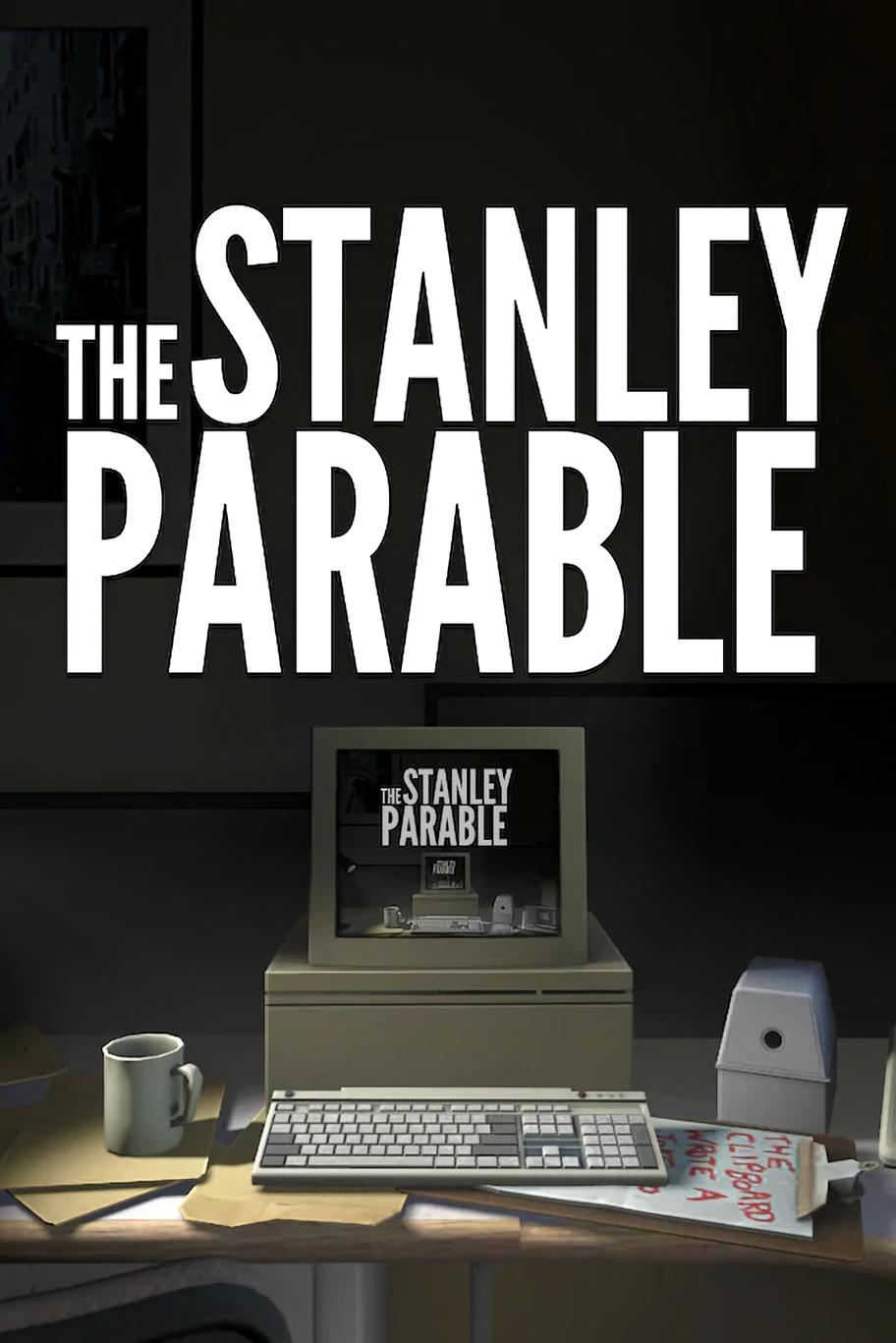 The nature of a video game is this… It’s interactive entertainment weaved together by graphical assets and complicated amounts of code. The amount of effort that goes into creating a game is impressive, often going to huge lengths to create the game world and the functionality behind the world whether simple or complex but what’s often lacking from a game is interactivity or choice with every game following a predefined path. Rarely do you see an organic world unfold before you and much of it is mainly due to technical limitations we may never be able to overcome, every game comes with predefined actions, predefined characters, predefined moments, predefined… everything to be honest. So what happens when you make a game that takes everything you know about video game logic and flips it on it’s toes… You get The Stanley Parable, a first person shooter that pokes at story, logic and video games itself…

The game is pretty barebones. You play as Stanley, a character who can’t even jump and can only move in the standard 4 directions; the game’s story is initially simplistic as it involves Stanley waking up to see that all of his co-workers are gone. There is no hints to location nor is there any continuity throughout the story; while there is word building, it’s only there to serve as the backbone that helps support the saticial, often scathing nature of The Stanley Parable. While such a lack of story would hold the game back, it is aware of its shortcomings and uses said shortcoming to create a unique sense of humor that made the game so loved in 2013.

While the story may seem barebones, you learn more and more about it’s. intentions the more you play it. If you play it as intended, you’ll find a simplistic story with no buildup and no coherence but if you diverge from its intended path, you get to learn more about the characters and ultimately the world itself, and what you learn is not that there’s a compelling world, but there’s a compelling concept that showcase flaws and holes that major game developers seem more concerned with putting paint on than truly fixing for example.

There is no logical explanation for anything in the game, whenever an explanation comes up, it’s usually revealed as a double entendre or more often than not, nonsense; the narrator whose voice also doubles as a BBC announcement is supposed to be straight but often comes across as loose, diverging into overdramatic, sinister and more often than not, straight up stupidity that makes zero sense. The personality of the game comes across in several endings that showcase the game as a unreliable narrator, a person with no consistency, no continuity, no stable intention and no stable personality. It’s world is fluid and ever changing with choices being removed out of thin air, contradictions being made every single second and moments that should mean something but often turn out to be sathing critique of game design in disguise that still hits hard years later.

Philosophy and questions of free will are part of the game’s limited design and it’s the sole feature that gives this game value. This game entertains big questions by contrasting the world built with absurdity that often showcases intentional flaws inside of the game that make you question whether the perfect game can ever be possible. The Stanley Parable makes you wonder whether you liked the game because it had good game mechanics or simply because it had moments you liked and a lot of these games have enemy events that are scripted, people pressing buttons to make events happen and a story that doesn’t have much in ways of different paths. The fact that a game can stand up and say that it’s a choice based game but it’s choices are inconsequential is a bold move in the face of the gaming industry.

While the game is impressively dense, funny and scathing, it’s replay value is limited. Once you finished the games multitude of endings, there’s little to keep you going back for more except for a yet-to-be-released Ultra Deluxe edition that promises more endings and more story. While it is fun to look at the multiple angles and aspects that the game has and while it’s fun to think about the game in a grander scale of real life, it’s ultimately a bunch of coded events and pre-defined pathways, code that’s dressed up to promise endless variety but only results in fun easter eggs for those who can tolerate the endless repetition. It can be compared to Netflix’s “Black Mirror: Bandersnatch” which was an attempt to do the same thing The Stanley Parable did but on a grander scale and with more grounding, it’s fun for a little while but it shares the same flaws… And that flaw is that it’s ultimately defined by it’s base story, you can attempt to change the outcome but the outcome remains the same; despite The Stanley Parable’s 6 or so stories that come from the base story.

The Stanley Parable is a humorous and fun game that succeeds at poking fun at game design but doesn’t have much else going for it. It’s interesting for the first few hours but once you start playing it over and over again, you realize that the schit gets old and you want to move on to something new. It is fun to analyze the game in great detail from the way they designed their game to the various small details that result from the limited choices that you make. The game’s ultimate footnote in history is that it’s the only game to ponder the ultimate questions in the gaming industry and in storytelling itself and it’ll have you thinking, is life predetermined or can we choose our own actions. Who knows, maybe you closing the game has some meaning behind it.