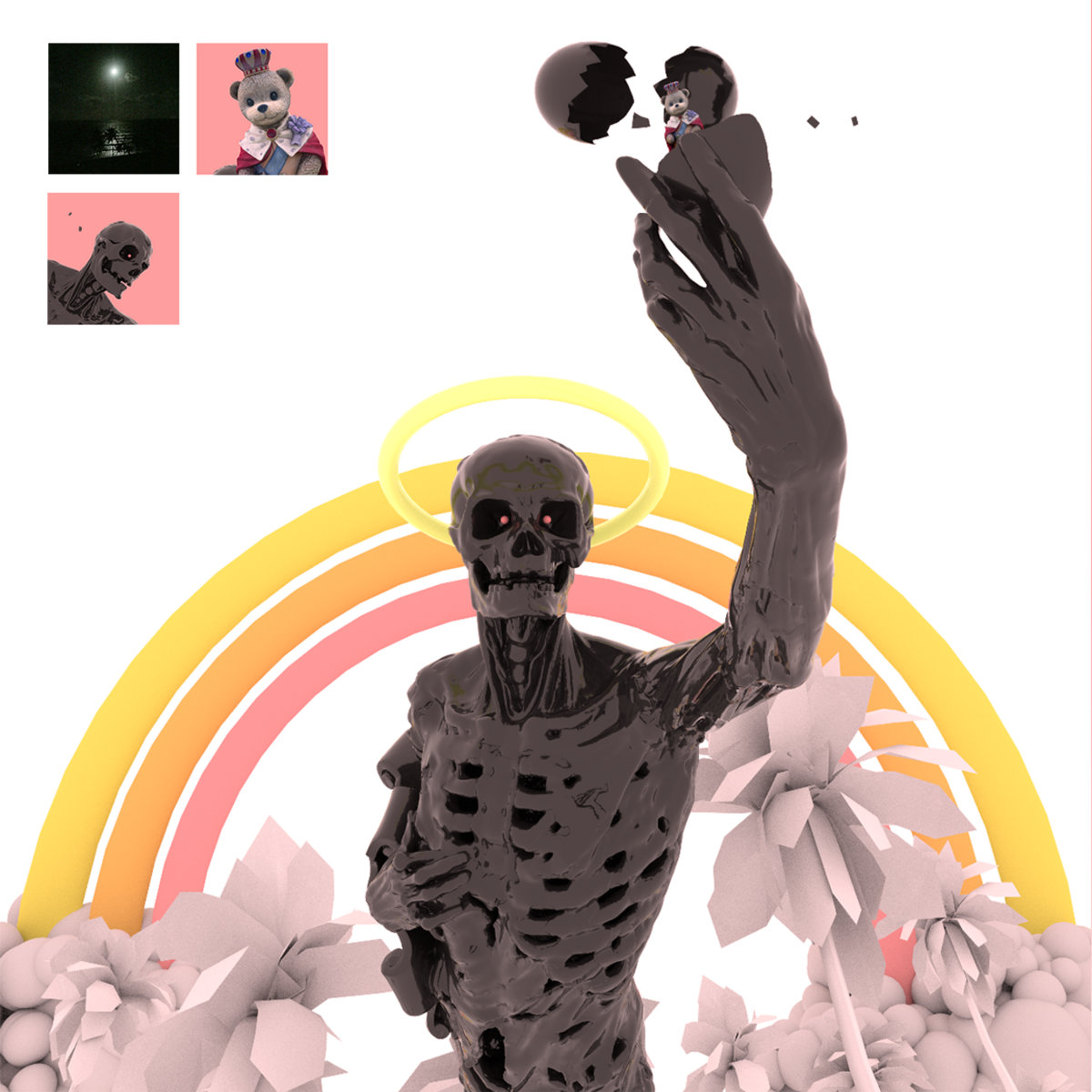 You remember Vaporwave? You know the genre focused on lo-fi slowed down songs that took you back to a time that never existed? Well the genre throughout its existence has grown and evolved to the point where it’s sound is more defined and original than ever before to the point where it’s status as a legitimate music genre might be finally recognized. One of it’s subgenres is futurefunk, a genre that combines funk with vaporwave ethos and that has been growing and evolving to be the definitive forerunner when it comes to becoming one of Vaporwave’s main subgenres alongside classic-style and plunderphonics.

3D BLAST (hailing from Detroit, MI) has and always will be one of the genre’s longstanding and most original artists, utilizing every moment to expand and grow his sound to the point where his music resembles a mixture of house, funk and vaporwave. Even during his early days, he was always talented (“Music Box” for one showcase what his potential was all about) but his talent was never really refined and polished until this album, Iconic Bitch. The cultivation of years of hard work, dedication and emo grooming to create what is essentially a genre-defining masterpiece of futurefunk work, the most comprehensive 3D’s ever done to date.

From the moment the first track hits your eardrums, you’ll be immersed by hard-hitting drums, smooth synths and gritty detroit sensibilities as well as be taken aback by the vibes and image presented. While previous 3D BLAST albums may have relied on energy and fast-paced drums, this is more matured and aged relying on grooves and rhythms instead; throughout the 11 tracks presented, you’ll be dancing your butt off as if Daft Punk were playing in your house, with kicks that are bassy and snares that are wide and dynamic.

Each track is unique and presents it’s own vibe whether it’s nerdy or just hardcore Detroit House homages, they are separate yet together as a whole (telling a story in the process) with each of them having unique touches that set each track apart from the pack. Whether it’s the vocal samples used or the reinterpretation of traditional elements or even the raps (which are presented by dope guest artists), each element is designed to be as enjoyable and insanely repeatable as possible, giving new definition to the words “replay value”. I give credit to 3D for his sample usage and his lack of restraint in identifying in who he is, providing the project with an identity that is unique. Not only does it stand out when you’re listening to it, it stands out while you’re looking at it as well.

This doesn’t sound like futurefunk before it, this sounds like the future of futurefunk, a blueprint for anybody looking to be a futurefunk star with it’s mixing so crisp, effects that are phenomenal and the samples that are bar none. It really reflects on 3D BLAST’s growth as an artist and his knowledge of the dance music scene, these 11 tracks are faithful to the times when you had to go to an underground club just to dance to smooth and funky house tracks, when you were just concerned with breaking the mold when it came to dance music and this is what this album is all about, mixing the smooth and funky with the grit and hardness. While it may not be as familiar as house music in the past, it’s forward-thinking identity sets it up for success in the present and in the future.

“Iconic Bitch” is ultimately a success. With its unique cocktail of sounds, it identifies with every person listening whether it’s the house fan who’s looking for cool tunes or the nerdy person who’s looking to split from the pack to the music fan who just wants to listen to dope music. It’s got everything for everyone plus it’s well constructed. 3D BLAST is a talented musician and he deserves your attention, all of your attention. He’s the future of vaporwave, he’s the future of dance music and he’s the future period. This album deserves all of your attention and trust me, you won’t be disappointed.