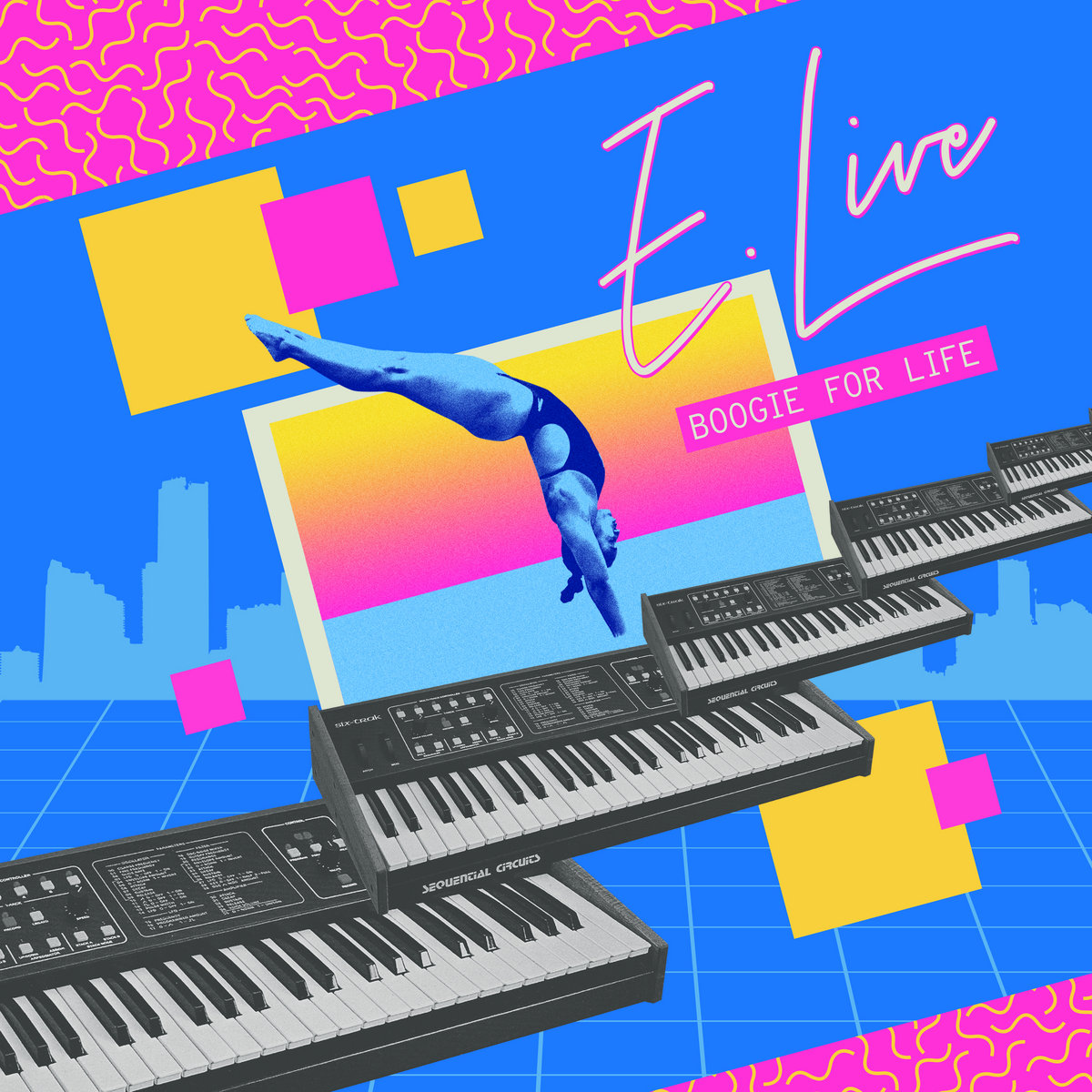 E. Live is a member of the “Star Creature Universal Vibrations” collective based out of Chicago, IL… The collective’s purpose seems to be about bringing back those electro-disco vibes that were thought to be lost to time for a new generation to experience. Funk has had an easier time adapting thanks to people’s fond nostalgia of groovy bass lines and also because of the popularity of G-Funk but this collective’s work goes far beyond funk to create what is an accurate representation of the days when Chic was the best dance group out there and Disco would never die, even when it did…

E. Live’s debut solo “Boogie For Life” is an journey through various eras of funk, disco and dance mixed into one cohesive EP and represents the pure talent that is evident from the SCUV collective. The EP’s 6 track concept is mixing in melody with pure driving bass as he constructs some of the most grooviest music you’ll ever hear in 2020.

This EP will take you back to a time when Miami Vice was the thing and Michael Jackson was still the undisputed King of Pop while still being futuristic enough to remember the days of Daft Punk and Thundercat as the 6 tracks provide a variety of grooves, melodies and instrumentation that is electric and vivid ranging from synthy synths to organic pianos to really deep bass. It’s extremely rhythmic with it’s steady tempos combined with smooth sounds that will help you dance through the night as they work together to paint a picture of a picturesque paradise where there’s no trouble and all everybody wants to do is dance. It’s jazzy sensibilities and it’s funk roots is a combination that few can pull off; except people who devote themselves in the teachings of Disco of course.

E. Live’s melody skills are also off the charts as he provides some of the most infectious melody lines that will haunt your head for days when combined with some lush pads and smooth drums, he also knows whether they like more old school stuff or newer school electronica as some tracks are homages to acts like Chic while others are just interpretations of funk that are combined to create a whole new sound of funk nobody has ever heard before. Combine that with E. Live’s penchant for jazzy and accentuated solos and there’s something for everybody here as evident by the variety presented through its wide range of grooves and instrumentation.

It takes a lot of studying of Disco, a lot of music training and a lot of unexpected jazzing to pull this off but E. Live really pulls this off and proves that the SCUV collective is nothing to mess with when it comes to collectives. He really put in the hard work and effort to make something like this work as a musical piece, so much so that you might confuse it for an 80s record which is a good thing. Replicating funk is hard to do since you have to be in the right mind and the right atmosphere with the right aesthetic so to see E. Live do this as if he were naturally taught is just impressive and downright inspirational and shows that the future of funk really is in the hands of the SCUV collective.

This EP is a success in every sense of the word. With funky bass lines and escentric piano solos and smooth synths and a unique style. E. Live really pulls off something that serves as a blueprint for any aspiring funk musician to study. Everything here is artfully crafted and meticulously crafted to replicate and pay homage to that funk sound of the 80s while updating it for today’s times. There is no reason you shouldn’t listen to this EP. You won’t be let down.