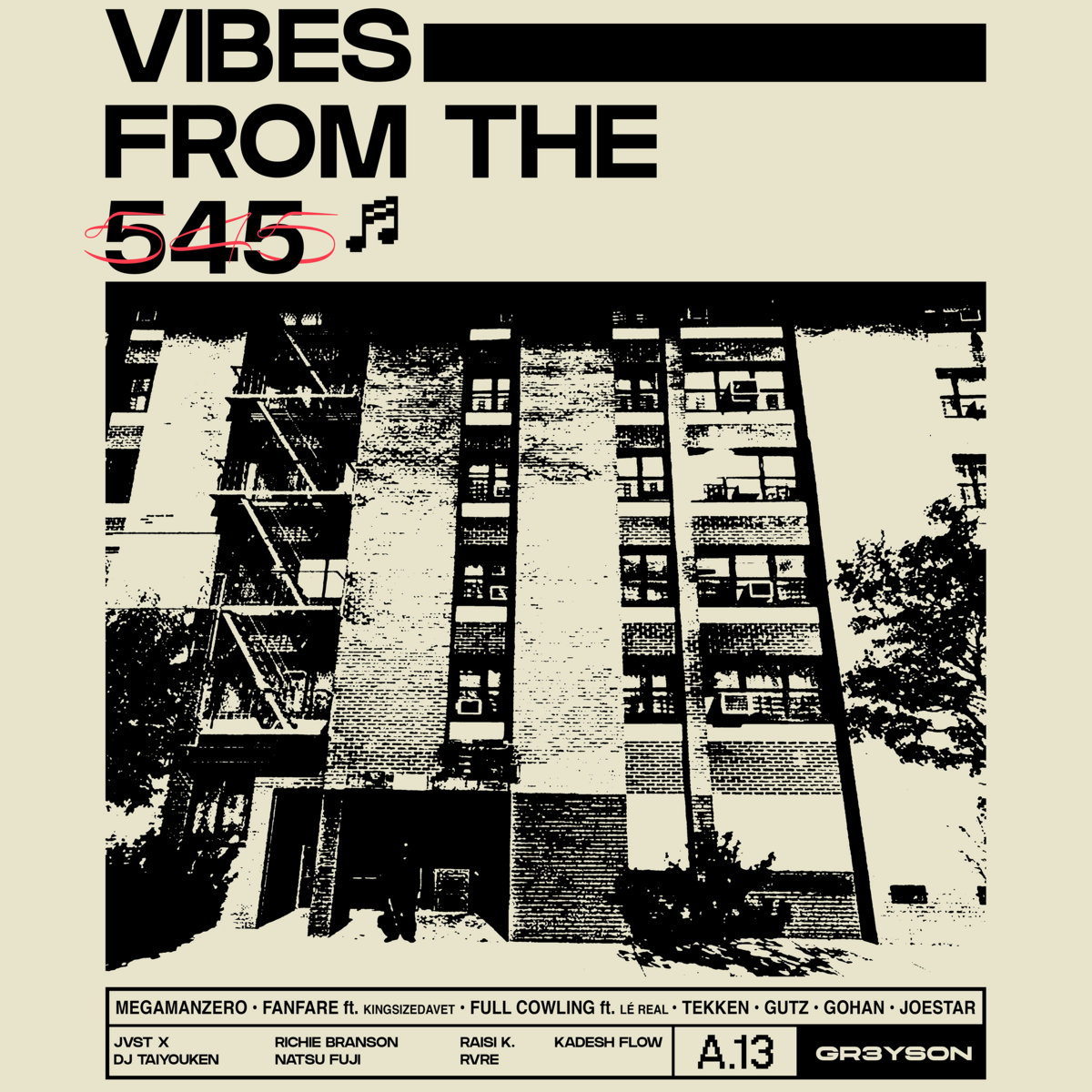 From his days as NyteXing when he released No Masters 3 (which we reviewed by the way), he has been a unique gem in a field mostly dominated by the likes of MC Frontalot, Schaffer the Darklord, None Like Joshua and MC Lars who honestly speaking are alright (except for Mega Ran, Sammus and Dual Core who are exceptional) but with their awkward rhyme schemes and beat choices, have defined the nerdcore genre to be ultra-niche. Which was fine in the genre’s early days but let’s face it, times have changed…

GR3YS0N is one of the artists who is a nerdcore artist but represents an evolution in the genre which focuses more on vulnerability, nostalgia, emotion and all around realness. As he says in one of his verses “Hip-hop is my life, not a stereotype” and he proves it on Vibes From The 545 which is the first real project where he has a chance to express himself and his “Geek Not a Gangsta” lifestyle of which has defined him throughout his entire career.

The album is filled with rhymes that mix hardcore and nerdcore in ways that showcase both sides of GR3YS0N. On the nerdy tracks, he takes the subject matter provided on the songs (whether it’s Tekken or Dragonball Z) and makes it his own… (you might be forgiven if you thought it was his own life he was spitting about) and on the other tracks, he flosses introspection and flexes grit over beats that are more fully realized than the beats in No Masters 3 with piano work and hard hitting drums that really power his voice and really make a case for GR3YS0N as an artist.

The production on all of the tracks sound both faithful to nerdcore while elevating the genre to a level nobody else has seen before; providing a more soulful and booming sound than we’re used to. With the inclusion of horns, pianos and jazz elements, it makes it feel more than just video games and doing nerd stuff, it really makes nerdcore feel human and emotitive which plays off of GR3YS0N’s strengths which happen to be his rhyme structure, breath control and his voice. If GR3YS0N happened to rise to the legend status of Mega Ran, I’m pretty sure he’d be able to show that nerd life is more than just gadgets and games and that it’s about the struggle that a nerd faces to get recognition in a world filled with circles and cliques not unlike the real world.

While it may be short. GR3YS0N has created an album that has legendary status written all over it. Utilizing his humanity and his nerd knowledge, he creates a relatable but respectful album that will draw people of all ages and all audiences in. You feel his struggle in some parts, his amazing anime raps in other parts but ultimately you’ll feel the energy and soul he puts into his work making him one of the best and most underrated nerdcore rapper out there to date. Might be an exaggeration but who else is putting in as much hustle and as much work as GR3YS0N? He’s bound to be a hit with not only the nerd scene but with the mainstream rap scene in general and that is what few people can attest to.