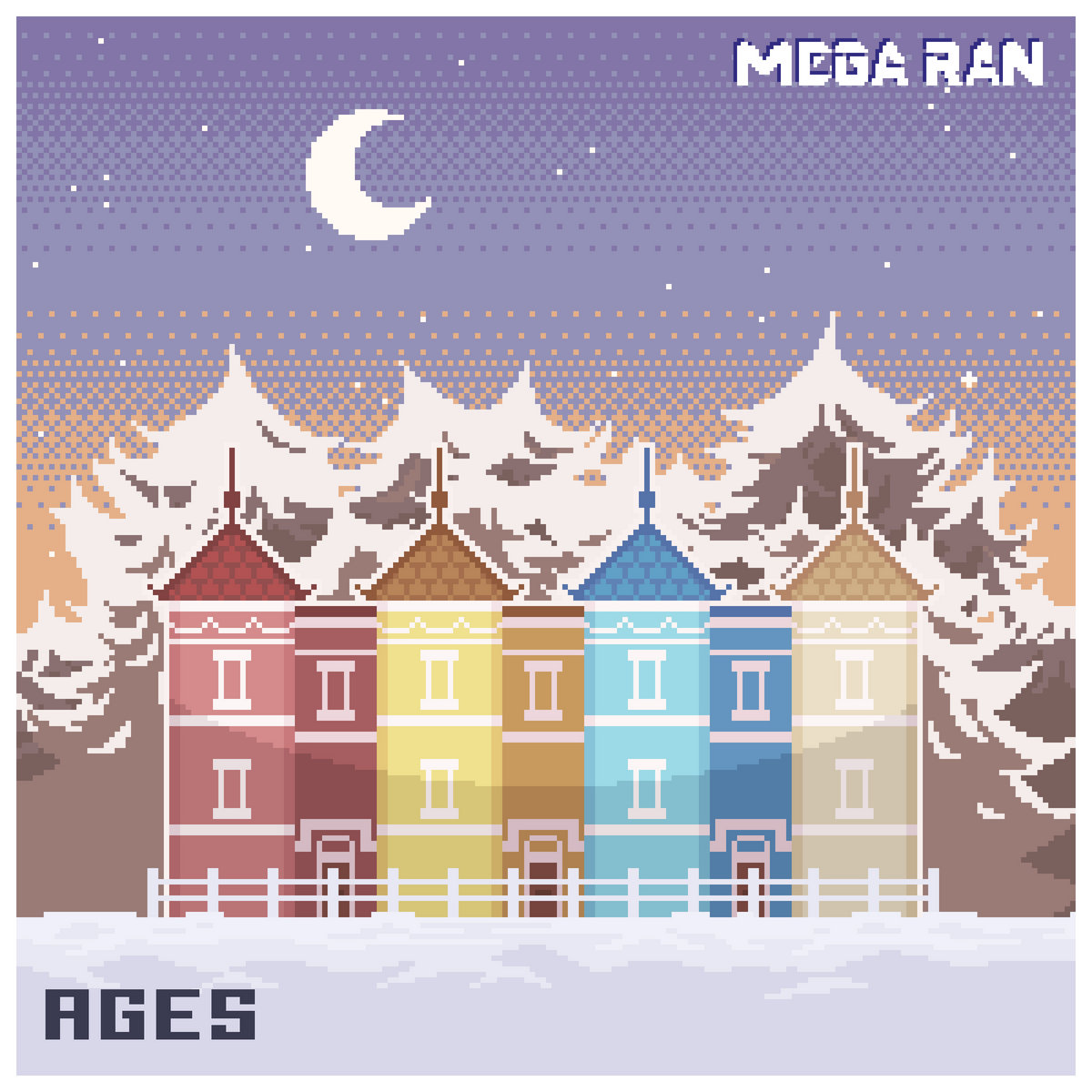 Mega Ran as you know is one of the most versatile rappers ever with a subject matter ranging from nerdy to autobiographical to downright street. It had taken him a long time to get to this point of success where anything he touches turns to gold and AGES, Vol. 1 is a celebration of said success. Released as a surprise album back in 2009, the album is filled with songs and tidbits that serve as a tribute to the fans who put him on the map; almost as if he’s thanking them for all their devotion.

The styles presented on this EP are diverse and electric and showcase the future of not only nerdcore, but nerdy music as a whole with Mega Ran effortlessly flossing many styles from trap to boom-bap to chiptune inspired tracks. He never sounds out of place as he utilizes his massive dictionary and rapping skills to make himself stand out of the crowd utilizing a gruff delivery to deliver impact while a softer delivery to deliver a message wherever possible. One thing admirable about Mega Ran is his willingness to rhyme about almost anything; from the Stranger Things inspired “Upside Down” to his childhood in “Latchkey” to even his christian faith in “Walking on Water 2.0”, he shows that he’s comfortable with who he is.

Mega Ran’s penchant for making good songs does not go unrewarded as all of the tracks here are insanely polished and professional. His production crew does a good job handling all the tracks as they make them sound as if they have nerd appeal but mainstream appeal at the same time with crisp drums, innovative sampling, electric sounds and basslines so deep that you can barely see the bottom. If there’s anything that’s as reliable as Mega Ran, it’s the producers that he chooses to work with and he picks the right producers for the job every single time. If RNDM was his breakthrough than AGES, Vol. 1 must be him indulging the role designed for him, embracing his destiny as the one to bridge the two worlds together.

If there’s a few things I’d have to say about Mega Ran in 2019, it’d be the fact that he is easily embracing of his role as nerd culture’s savior and easily embracing of the role of advancing said culture. He knows what the masses want, he knows what the fans want and he is willing to bend down backwards to appease them while at the same time retaining his cred and independence that got him to this very point. He is a people rapper, one who is not afraid to get deep yet honest with himself to the point where it creates appealing music and AGES, Vol. 1 is appealing music.

While it may not be as grand as RNDM or as niche as his earlier work. It’s a celebration of what makes Mega Ran what he is. His train-of-thought that is bar-none, his penchant to make whatever music he wants and most importantly, his appeal to transcend and appeal to multiple people. It’s an EP that deserves your attention and might even make you a fan of Mega Ran in the process. Trust me, he’s that good and if you think I’m lying, then maybe you might want to take a listen.