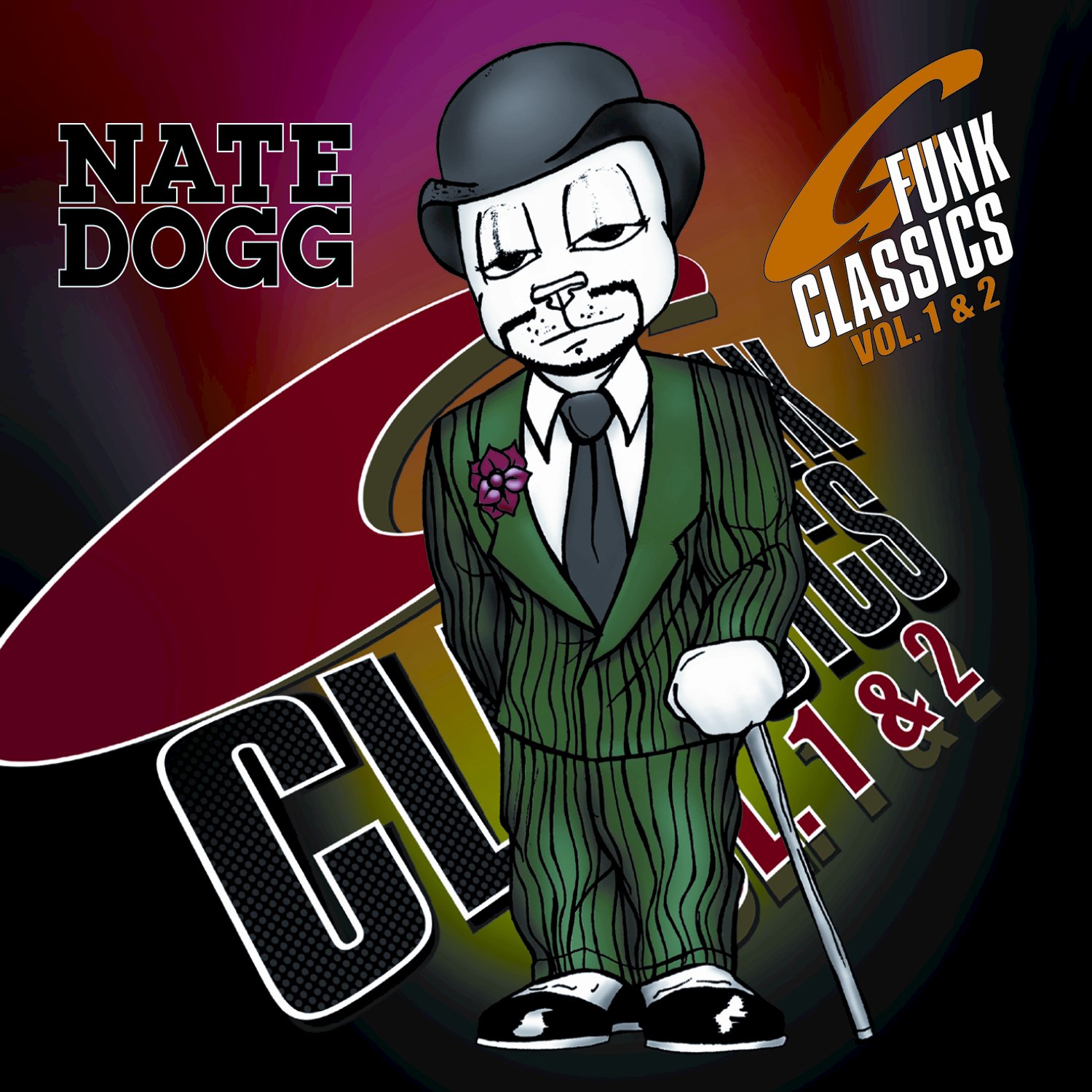 West coast hip-hop took a long time before it garnered the national spotlight in the way that it’s east coast cousin did, mainly due to the fact that no big labels were willing to take a chance on them until 1988 when N.W.A. proved that they were as hard (if not harder) then their east coast contemporaries…

Then there was Long Beach, which had developed it’s own hip-hop scene featuring the likes of Snoop Dogg (or Snoop Doggy Dogg as he was called at the time) and Foesum (or Perfection as they were called at the time) of which they were developing their own style of hip-hop called G-Funk which is characterized by hard synths, smooth bass lines and sometimes soul samples. It wouldn’t be until 1992 when Dr. Dre released The Chronic where the style would reach national prominence.

Then there was a singer called Nate Dogg (may he R.I.P.) who had the voice of a gangster but the singing voice of a Motown singer. He had appeared on such songs such as “Regulate” with Warren G and “Skandalouz” with 2Pac and was even going to release his debut album in 1996 on Death Row Records before you know, the entire label collapsed.

2 years later. Nate Dogg finally released his album now titled “G-Funk Classics, Vol. 1 & 2” in 1998; a time which was saturated with hip-hop releases from the likes of Busta Rhymes, Jay-Z, Gang Starr, DMX, Big Pun, Cam’ron, Xzibit and many others. While the album finally saw it’s release, it didn’t get the success it was supposed to get due to the advances in hip-hop production that had happened at the time and the diminished popularity of G-Funk.

It doesn’t mean that the album is bad though, far from it.

The main attraction here is Nate Dogg who’s vocals have that depth and vibrato that makes the topics he sings about ring true and feel real. He sings from experience in the streets of Long Beach throughout this double disc album singing about such topics such as reppin’ Long Beach (G-Funk) or watching your back in a world of shady people (These Days) or even just hanging with homies (Me and My Homies); even though the tone may be the same, you can truly feel the emotion he places on the tracks which ranges from joy to sadness to despair which for a singer with limited range, is impressive.

Powering these songs are instrumentals that while dated at the time of it’s release, still manages to ring true and soulful today. Each track each has that Long Beach feel that while lacking compared to tracks of 1998 or today, still manages to fill you up with vibes that keep you groovin’ until the end of the album. Being a Long Beach native, Nate Dogg really captured that LBC aesthetic with the instrumentals featuring vibrant synths and smooth melodies that really make you feel like you’re in Long Beach smoking a joint with Nate Dogg. These instrumentals speak from the heart and despite their similarities, manage to showcase the life and soul of Nate Dogg, which is impressive to say the least.

The only downside of note is the length of the album. While all the songs on here are good, there is bound to be some drag and debate as to whether the album needs to be 2 discs long. While I personally like all the tracks on the album, some people will be comparing these songs to more modern productions and some people will be preferring one disc over the other. It’s a known fact that 2 disc albums are known to be filled with bloat (Jay-Z’s The Blueprint 2 for example) so some people will be turned off by the length of the album in addition to production work that would of shined in the 90s but paled near the end of the decade.

However. Nate Dogg really worked hard to see this vision come to fruition. While many people think G-Funk is just a style to be copied, G-Funk is meant for the streets and the streets alone and this album is worthy of being heard. Nate Dogg has infliction and soul which he places every ounce of in his voice and the soundscapes of this album reflect the reality of his Long Beach. While poor life decisions may have cut his life short, there are already people like Nhale (Nate Dogg’s son) carrying his torch and singing about the life that not many people know or want to know about. Sure there may be clones like Tyrese, TQ and Akon but the real deal here and the OG is Nate Dogg who without his voice, wouldn’t of paved the way for street gospel in hip-hop and this album alone is a testament to street gospel.