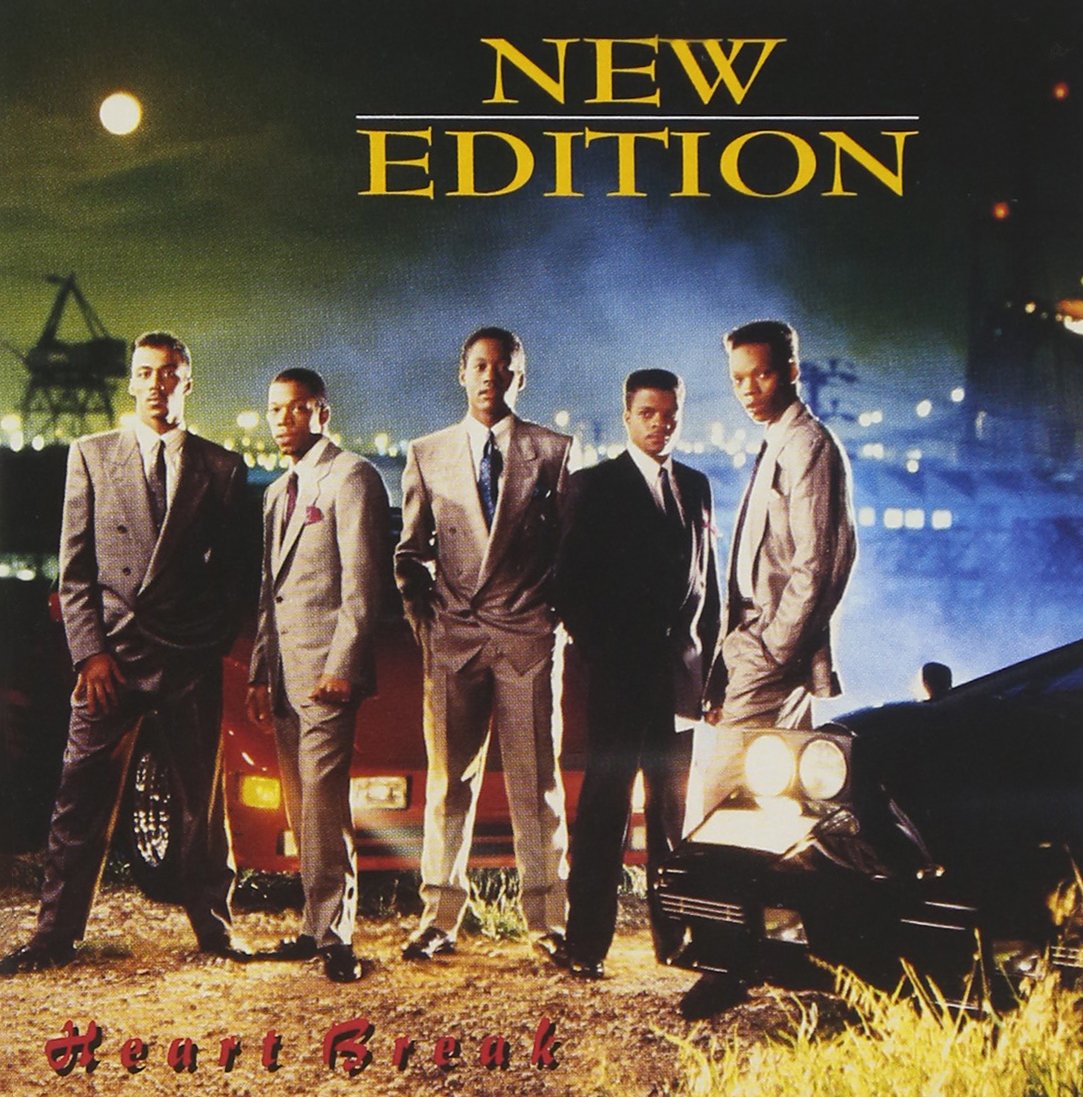 New Edition is one of those influential R&B groups that has released many albums, formed many subgroups to the point where those members released solo albums of their own. To me, they’re considered the N.W.A of R&B mainly due to their turbulent history. From their formation in 1983, they’ve been plagued with bad managers, shady record business dealings, breakups, inner drama/personal conflict and a desire to just make music, much like N.W.A.

Originating from Boston, MA (which itself has a underground black culture that is often overshadowed by the city’s white demographics and sports teams.), they started off as a grittier, more modern version of The Jacksons (Candy Girl) after winning a talent show before splitting to MCA and evolving into more bubblegum R&B territory with their self-titled album and “All for Love” which would cause founding member Bobby Brown to split for more mature and dangerous territory.

You may think it was all smooth sailing from there. However, New Edition found out that they didn’t sign to MCA directly which meant they had to buy out their contract from a subsidiary company just to sign to MCA directly which put them in tremendous debt. Adding to the Bobby Brown loss was the “Under the Blue Moon” album which consisted of doo-wop covers and didn’t really sell as much as the last three albums they made. Throughout it all was the drama between Bobby Brown and New Edition and the struggle to break through to more mature and emotional material.

This is where “Heart Break” comes in.

The first with new member Johnny Gill and released on the same day as Bobby Brown’s “Don’t Be Cruel”, “Heart Break” has a special place in many people’s hearts (as well as mine) as the point in time where New Edition matured into an R&B group that was as honest as N.W.A. While Bobby Brown may have had R&B commodity Babyface producing almost all of the tracks on his album, New Edition had a secret weapon of their own, which was Jimmy Jam & Terry Lewis, one of the many former producers for the artist formerly known as Prince (R.I.P.)

Another secret weapon they had were the lyrics which were as real as it gets, the first few songs reintroduce the harder New Edition as originators of the sound that many R&B artists have been inspired by including Bobby Brown himself leading into some truly revolutionary love songs that deal with romance and heartbreak in the modern age as they saw it at the time. Their experience in the scene helped to sell the songs as they sing their heart out on every one of the album’s 13 tracks with lyrics that could best be described as organic and sometimes personal. With subject matter ranging from the hardships the group have faced throughout the years to their fued with Bobby Brown to even their own journey changing from a kiddie R&B group to a fully adult R&B group, they make the album feel like an experience that would set not only this album but themselves apart from the pack.

Helping is the exceptional production work from Jimmy Jam & Terry Lewis, who’s inventive production tricks and melody lines suit the vocals of New Edition practically well. They show their range from such tracks as “Where it All Started” an up-tempo number reintroducing New Edition to a brand new audience to “Can You Stand the Rain”, a classic slow jam number about the pain that comes within life to lastly “Boys to Men”, a song that recounts their experience and personal upbringing from bubblegum to fully mature. (which would also inspire a group called Boyz II Men who would be introduced by New Edition but would break out into it’s own thing with their second album.)

That is what makes this album such a tremulous experience.

While people may be debating whether Bobby Brown’s or New Edition’s album was better. The fact of the matter is that “Heart Break” is a tour-de-force in emotion, soul and realness. This album stands out in a field of R&B albums with it’s attention to detail, focus and maturity. It successfully shows that New Edition is a group that could mature with grace and still keep their bonds together until the end of time. It’s topics, lyrics and production still stand up today against the more modern R&B that exists and still serves as a blueprint for how to make an R&B album that’s hard and real, something that Bobby Brown’s album will never attest to in it’s entire lifetime.