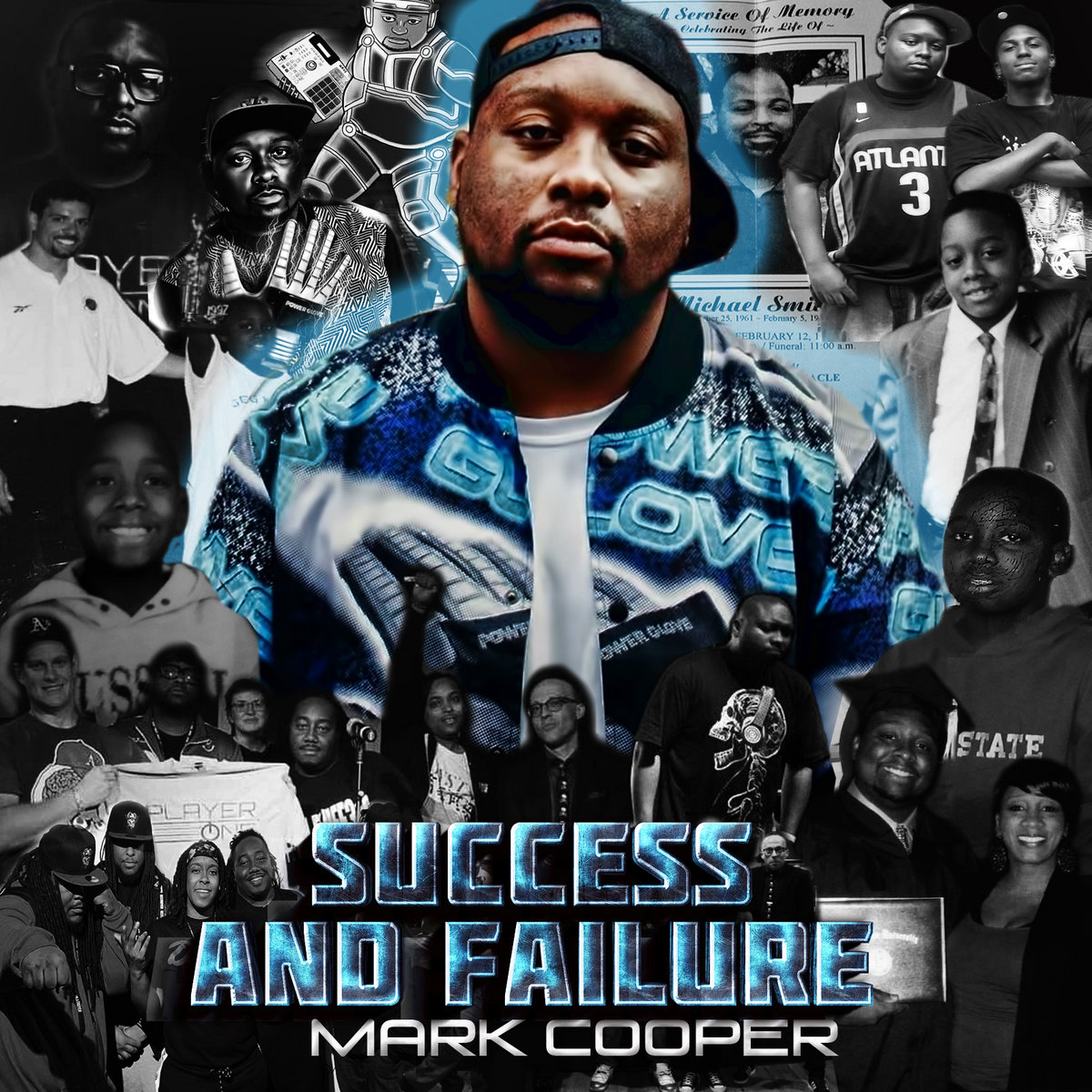 It’s also harder for a black nerd to find success later on, mainly due to what is seen as a cultural clash between what is perceived as nerdy and what it means to be black.

While much of nerdcore is braggadocio focusing on how much of a geek said person is. Mark Cooper takes a different route with his latest album, choosing to focus on both his successes and his failures and it shows him at his most vulnerable and his most human, which makes this stand apart from much of it’s contemporaries.

Both the lyricism and the production work is A+ grade as he digs deep into himself to understand his work ethic that made him a success and his struggles that he faced (and probably still faces) as a black person going down the path of a nerd. When Mark Cooper raps, he’s not presenting a persona or using the cliches to pass off as nerd, he sounds as if he’s telling the truth, that he is willing to put out his heart for everybody to hear which is not only incredible from a nerdcore standpoint, but from a music standpoint as well.

The sound he’s chosen for this album is very somber and very reflective utilizing melodic sounds and moderate tempos to craft something that screams out “Mark Cooper” fitting in with the lyrical finesse that he shows. His usage of various synths, drum kits and instrumentals is, dare to say, professional and innovative. He knows how to take a certain style or a certain sound and meld it so that it serves as an appropriate backdrop that always sounds authentic and never out of place.

If you’ve listened to his previous albums/EPs/mixtapes, you’ll know of his skills. Previous albums tended to be exercises for which Mark Cooper uses to improve his skill (and trust me, he has a very colorful and varied discography) and if you think that this album is just another one in his discography; you are wrong. This is his most cohesive and emotional work to date and to add to that… his breakout masterpiece.

I fully appreciate what Mark Cooper has managed to do here, his words are like poetry (heck he even includes a somber poem near the end of the album) the way they form and flow. Every word, syllable and verb has purpose and meaning. Every backdrop sounds appropriate to the poetry that is spoken, never sounding unpolished or unprofessional and the overall package is exceptional.

Though the length may be short, it’s not a hindering factor. All of the tracks are quality material and dare I say it, Mark Cooper is an artist that you should put on your watchlist. He has been grinding and putting in work and effort and it cultivated with this album which dare I say it, is the beginning of a bright future for Mark Cooper as not only a nerdcore rapper, but an artist. (and I mean artist in the fullest sense of the word)